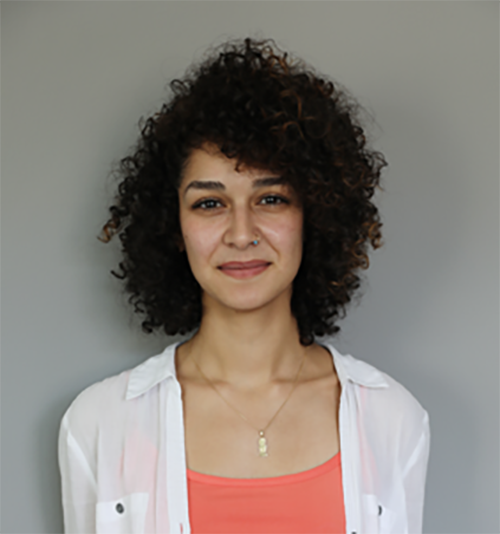 Aida Ka’adan was born in Germany and grew up in Baqa Al Ghabriyya, in occupied Palestine (Israel). She started and became passionate about photography and film during her teenage years in high school. She studied film at the Steve Tisch School of Film and Television at Tel Aviv University.

During her studies, she produced her first short films, including Farawla, which has been screened internationally and received awards at many festivals. Her films observe and study her protagonists as “the other”, the one who struggles to protect and express his or her own identity while confronting social prejudices and pressures and invites the audience to confront their own prejudices.

Aida Ka’adan is currently working on her second short film, At Your Mercy, is a professor of film studies and cinematographic production at the Ramallah Friends Schools IB programme and actively participates in the Palestine Cinema Days festival.