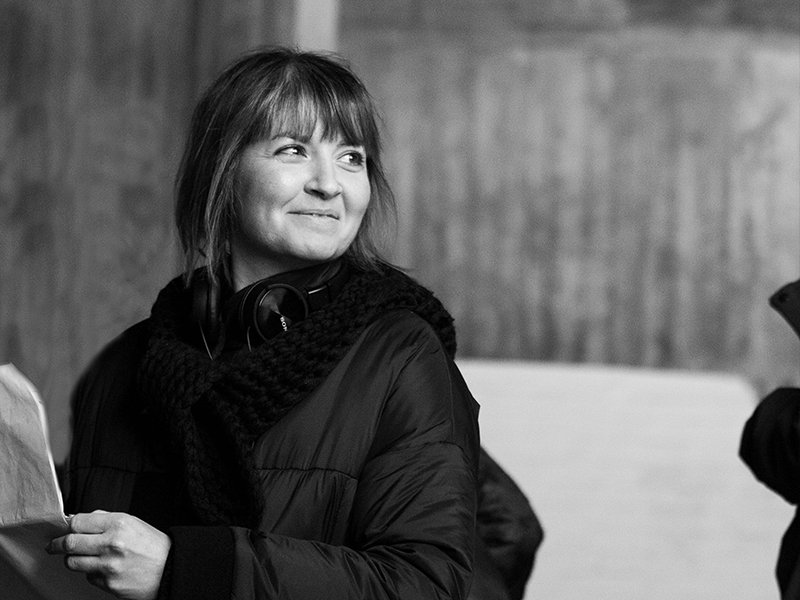 “If nation means an ‘imagined community’, how can one imagine one before a project of forced displacement and division, which erases all points of reference from memory, and above all from the territory on which the imagination is based?”

Larissa Sansour (1973) studied Fine Arts in London, New York and Copenhagen. Her work combines video, photography, installations and sculpture. The main lines of her work superimpose science fiction and reality in the socio-political context of the Middle East. She is also interested in the dialectic between myth and history and questions the condition of the state, independence and the end of the occupation.

In her trilogy A Space Exodus, Nation State and In the Future (2009-2015), Sansour explores the role of archaeology in nation building and national identity. In the absence of an Israel/Palestinian peace process, archaeology has long become a battlefield for resolving territorial disputes. Larissa Sansour explores and inverts archaeological methodology in an attempt to influence colonial narratives and how they manipulate history.

In her latest dystopian film, In Vitro, two women hidden inside an underground gallery explore memory, trauma, exile and nostalgia as they prepare to plant and rebuild the earth after an ecological catastrophe. A dystopian film associated with a very real historical past.

Larissa Sansour was born in Jerusalem and currently lives in London.

—In the Future They Ate from the Finest Porcelain, film 29’, Larissa Sansour/Søren Lind, 2016

—”JERUSALEM, WE HAVE A PROBLEM”:LARISSA SANSOUR’S SCI-FI TRILOGY AND THE IMPETUS OF DYSTOPIC IMAGINATION By Gil Hochberg

—Larissa Sansour – interview: ‘That is often what identity and trauma does to you: you become stuck in an idea that you can’t get out of without losing yourself’