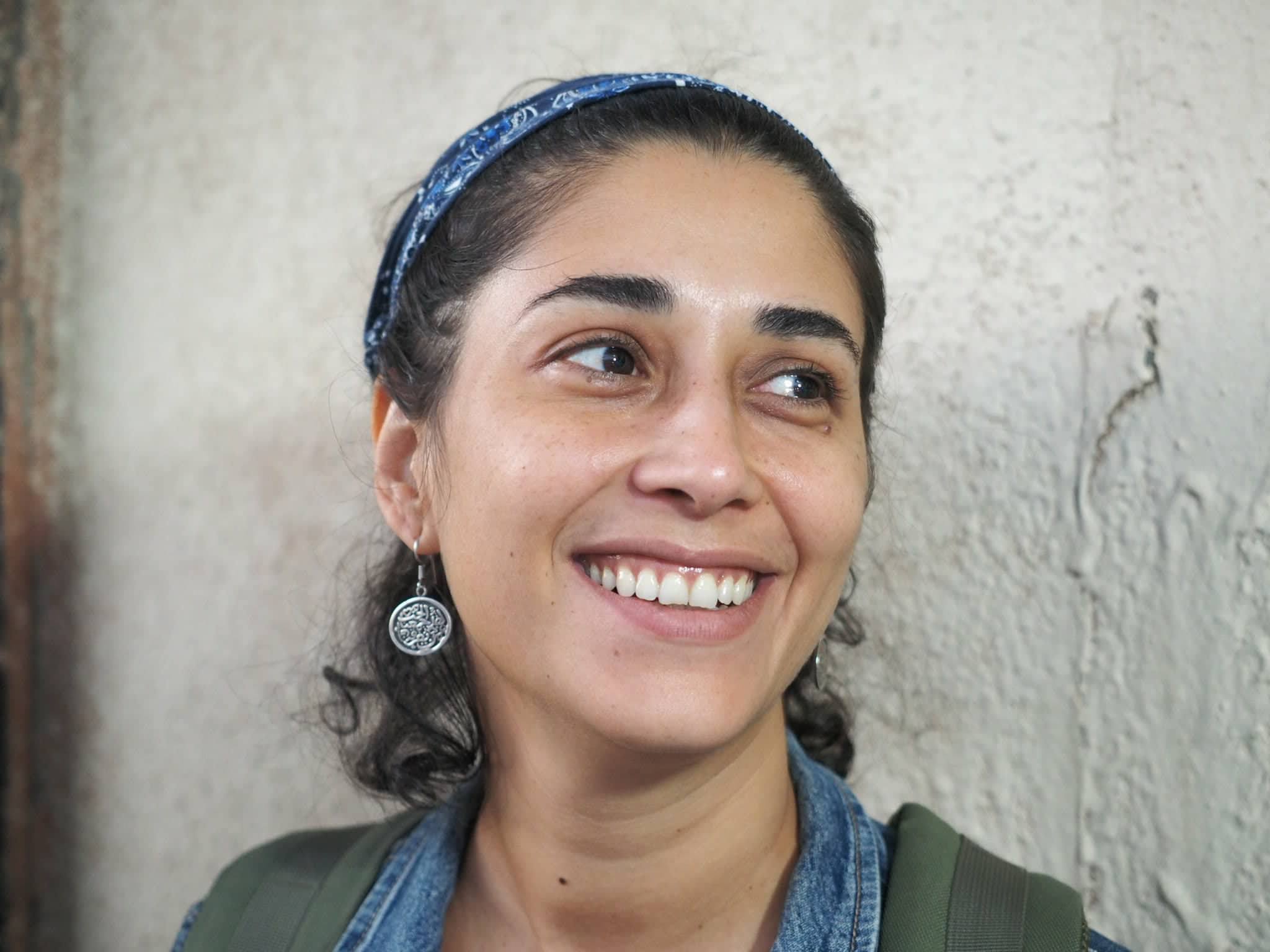 Mira Sidawi is a Palestinian artist who was born in the Bourj Barajneh refugee camp in Lebanon. She studied theatre and was involved in different movies and plays in Beirut. She has also participated in some creative writing workshops in the refugee camp and has written short stories. One of these stories was chosen to participate in a reading workshop in Germany, financed by the Goethe-Institut.

She produced and directed her first film in 2016, Four Wheels Camp, a short documentary film that was screened at theFestival Ciné-Palestine in Paris where it won the jury prize. It was also screened at the Beirut University Film Festival, where it won the audience award. Four Wheels Camp submerges us in life at Bourj Barajneh. The filmmaker asks the population about where they would like to be buried, thereby depicting the symbology of Palestine and how the Palestinian population imagines the Lebanese countryside.

The second film that she produced and directed was The Wall, in 2019. This film talks about the lives of four young people from the refugee camp who dream of inviting Roger Waters, thereby entering the lives of these young people, their struggles and their harsh everyday struggle to survive.

Mira Sidawi lives in Lebanon and is working on her novel Tell Sleep to Sleep, which she then intends and hopes to turn into a film. This novel was funded by the organisation Mophradat under the programme to support writers from the Arab World.

— Mira Sidawi: The Camp Is Full of Creativity and Inspiration