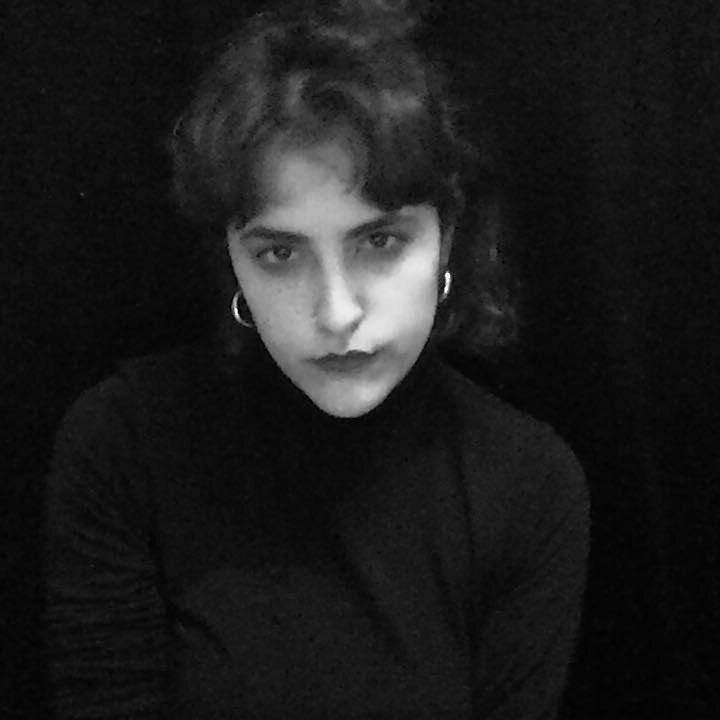 Mona Benyamin is a young Palestinian visual artist and filmmaker. Born in 1997 in Haifa, she studied at the Bezalel Academy of Arts and Design in Jerusalem.

Her work explores intergenerational perspectives on hope, trauma and questions of identity, using humour and irony as political tools of resistance and reflection. Cinematographically, she uses different visual techniques, in addition to painting and drawing, and she usually works with her closest environment, collaborating with her family as the stars of her films and her family home as the only setting.

Moonscape, her first film, is aLynchian short film that takes the form of a music video for a ballad, performed by her parents. The song follows the story of a man named Dennis M. Hope, who claimed ownership of the Moon in 1980 and founded the Lunar Embassy, a company that sells land on different planets and moons. The images of the film are a hybrid of surrealist scenes from the Arabic music industry, film noir, NASA archive material and clips from cult films showing representations of the Moon. Mona Benyamin makes a direct connection with her own life, that of a young Palestinian woman who lives under the Israeli occupation and yearns for the end of her people’s misery and submission in any way possible.