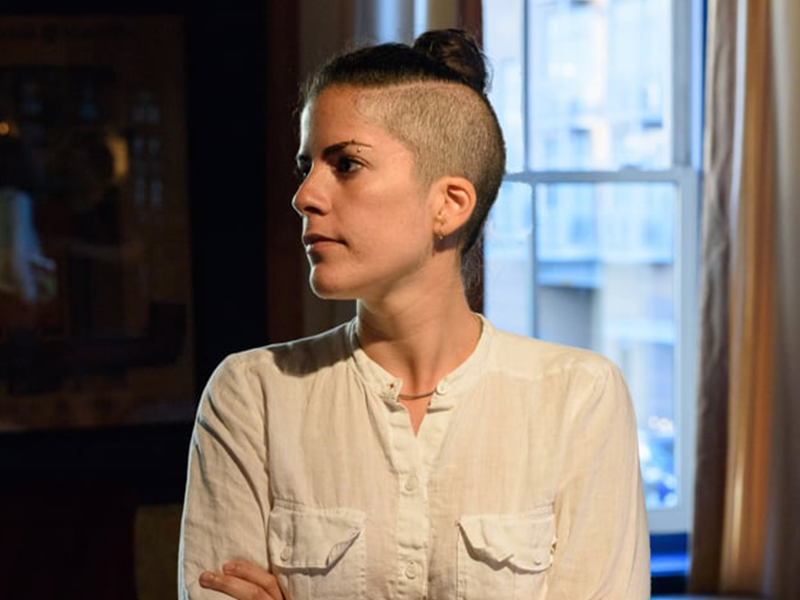 Razan Al Salah is a filmmaker and artist whose work includes audiovisual imagery with the creation of objects and material. She uses a visual perspective and new technologies to create a (dis)connection between different places, times and scales. Her latest short film,Your Father Was Born 100 Years Oldand So Was the Nakba, premiered at the Blackstar Film Festival and was screened at many international festivals. It won the best short film at the Palestine Cinema Days festival in Ramallah.

A voice-over resounds throughout this short film, overlapping spaces and times, while we discover the streets of a longed-for Palestinian city that we see through Google Street View, the fictional and imagined voice of the filmmaker’s grandmother, a Palestinian refugee who was never able to return to her hometown. Fifty years after the Nakba, the streets of Haifa are unrecognisable, as her grandmother’s soul wanders through cyberspace looking for her home. Images of the forced flight of thousands of Palestinians are superimposed on these images, which become distorted and pixelated as the connection is cut.

In 2019, Razan Al Salah won funding from the AFAC for her new project, The Greatest Wait, an experimental film that tracks the migratory route of a Palestinian refugee through virtual reality.

Razan Al Salah is a film professor at Concordia University in Montreal. She lives between Montreal, New York and Beirut.

—Razan AlSalah’s audiovisual work is available at her vimeo.

—Basketball Players Get It and We Don’t! Denying Lebanese Women the