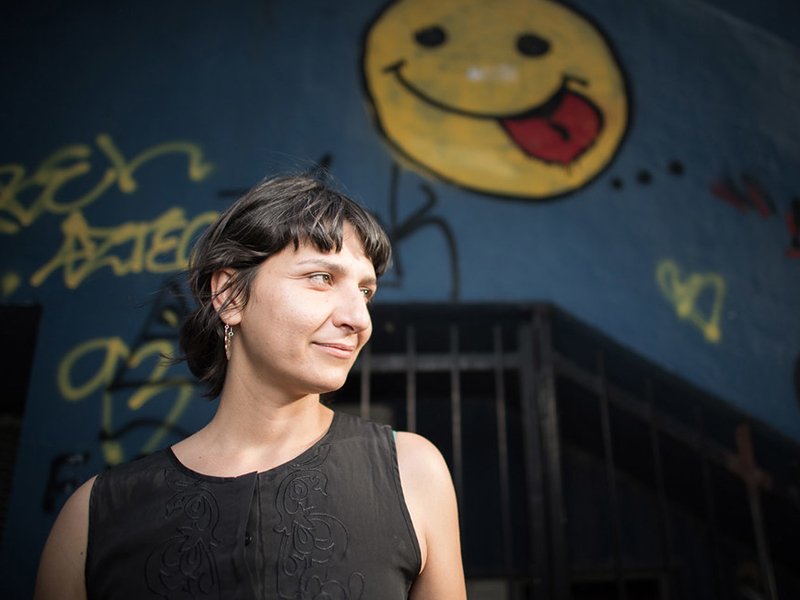 A researcher, curator, editor and artist, Reem Shilleh’s practice is informed by a long research project on militant and revolutionary image practices in Palestine, its diaspora and its solidarity network. Reem Shilleh’s research expands a notion of an imperfect archive: an archive that has no place, body or definition, but instead is a practice. The material it concerns does not follow a linear narrative, but takes many forms and is a collective activity. Dealing with questions and concerns arising from her work as part of Subversive Film, Shilleh works with film material that was produced within the context of the Palestinian Revolution (1968-1982) in response to a colonial settler situation in Palestine, and through activist filmmaking by Palestinian,

Arab and international filmmakers, photographers, writers and more. These films have fallen into the cracks of institutional and collective memory and “disappeared” from official narratives that define histories of cinema. Here, the imperfect archive serves as an approach to question nationalism and statehood as the defining criteria for collective and shared memory, and to instead aspire toward an imperfect (as in non-uniform, anti-formal) memory: a collective memory. Shilleh’s practice of an imperfect archive questions the redistribution of these materials and is careful about how they translate today considering that their forms, methodologies and cinematic languages are specific to their ideological contexts and the movements of which they were part. Shilleh is also concerned with taking archival films as fluid material for producing contemporary work, responding to contemporary concerns and thereby deconstructing the concept of a specific, virtual archive as an institution that is regulated and governed by rules and structures.

Shilleh lives and works in Brussels and Ramallah.

—’There is a mythology about what return is’ Hassina Mechaï interviews Palestinian film director Reem Shilleh on her latest documentary “Perpetual Recurrences”.