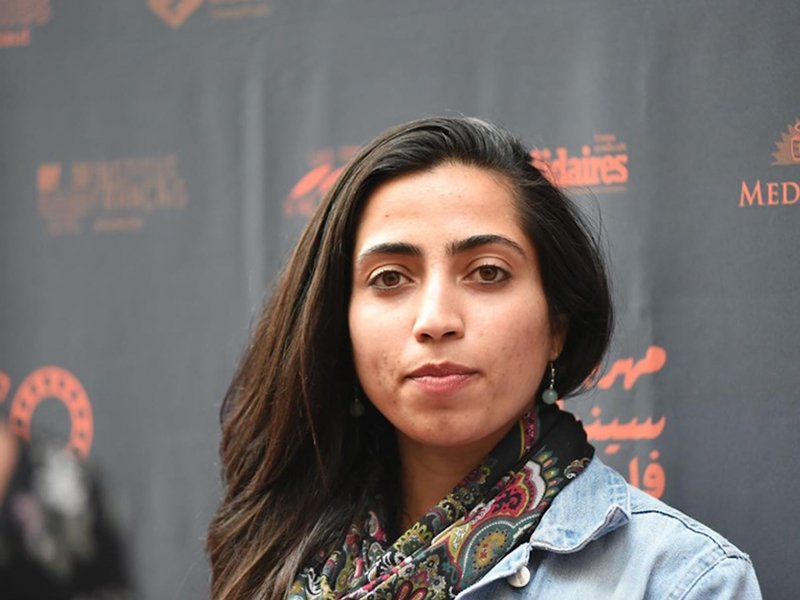 Shayma Awawdeh (1994) graduated in Documentary Filmmaking at Dar al-Kalima University in Bethlehem and is part of the new generation of young emerging filmmakers in Palestine.

After completing her studies, she decided to pursue film production and collaborates with FilmLab-Palestine, an association that organises the Palestine Cine Days film festival in Ramallah, West Bank. In 2012, Shayma Awawdeh and some other young filmmakers created the “Power Group”, a collective to try to promote filmmaking among young people in Palestine

Her first short film, 4th Floor, created as a final project, was selected at the Festival Ciné-Palestine in Paris and was subsequently screened at many other Palestinian film festivals in Europe and in Catalonia, as part of the film series Palestina con ojos de mujer (“Palestine with a woman’s eyes”) in 2020. In 4th Floor, the filmmaker explores the difficulties faced by young girls in Palestine who try to become independent and leave the family home without following the traditional norms of society.

Shayma Awawdeh lives in Ramallah and works as an audiovisual trainer for children.