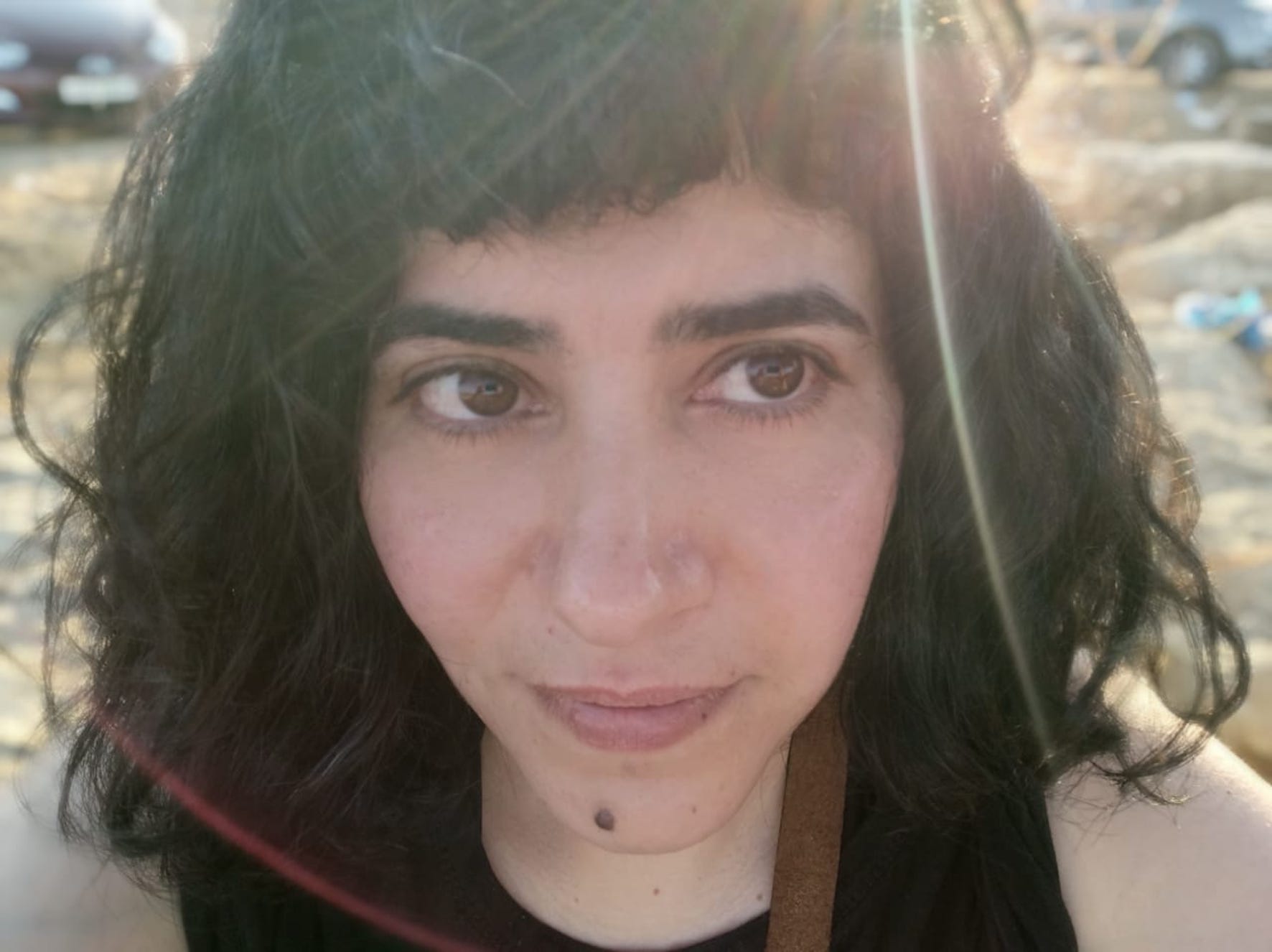 Shuruq Harb is a Palestinian visual artist, filmmaker, teacher and editor. Her artwork focuses on online digital audiovisual culture. She seeks subversive routes for the circulation of images. Her first short story,“and this is the object that I found”, was published by Mezosfera in 2020 and her audiovisual production, The Jump, has been exhibited at the Fundación Antoni Tàpies in Barcelona.

Her short film The White Elephant received the award for best short film at the Cinéma du Réelfestival in Paris in 2018. It is an experimental short film inspired by a semi-autobiographical story set in the political context of the Oslo Accords. Shuruq Harb uses videos from the 1990s found on the Internet to recreate the imagination of a young Palestinian teenage girl and expose her concerns about a romantic relationship. Between the loss of a beloved friend, her time as an activist during the first Intifada and the disappointment of her current suitor, who steals Israeli cars as a political act, the teenager observes, doubts and questions herself. The filmmaker explores the identity, development and personal growth of young Palestinians in a context influenced by the Gulf War and the first Intifada against the paradoxical backdrop of the trance music scene in Tel Aviv, where young soldiers of the Tsahal, the Israeli Army, come to escape.